Born in South London to Nigerian parents Abigail and Samson, John Adedayo Adegboyega developed an interest in acting and was groomed at an early age by Teresa Early, the artistic Director of Theatre Peckham and has since refined his ingenuity in this field.

During his early teen years, he began acting at Theatre Peckham, a local performing arts centre in London for talented children aged 9 to 14 where he spent his time outside school hours as well as weekends. Although his father was a preacher and wanted him to toe the same path as his, he was supportive of his son’s theatrical interests.

‘When I was in primary school, I was given a five-line script in ‘Anansi the Spider Man,’ and I decided to just improve and make it my own. For a second I felt like Kevin Hart because everyone was laughing. I just continued to do it. Why not?’

Boyega took part in various school productions at his secondary education in Westminster City School in 2003. At 16, he went further to study for a National Diploma in Performing Arts at South Thames College. He took part in the college’s production, playing a title role.

The thespian then enrolled at the University of Greenwich to study BA Film Studies & Media Writing which he later dropped out of to focus on his acting career. He also trained at the Identity School of Acting in Hackney.

The British Actor with an estimated net worth of around $2million got his start in acting at the National theatre in London. His first screen acting role was in the British 2011 TV Show ‘Becoming Human.’ His earnings took a jump when he starred in the cult hit movie ‘Attack the Block’ that same year. Since then, Boyega has worked hard, racking up credits for several small but critically acclaimed appearances.

In 2013, he played the role of a houseboy in the historical fiction drama film adaptation of Chimamanda Ngozi Adichie’ book ‘Half of a Yellow Sun’. He also acted in four episodes of the popular television series 24: Live Another Day.

John Boyega, who grew up in a notoriously rough section of London, has taken pains to eschew the stereotypical roles many black actors are typecast into.

In addition to Attack the Block, in which Boyega played a gang leader who first mugs a woman before helping her escape certain death by monsters, also stars in the upcoming British independent film Imperial Dreams, where he portrays a reformed gangster just released from prison who struggles with starting a new life in the face of the temptations and lure of his old one.

“I got a call telling me to come read in front of director J.J. Adams and casting director Nina Gold. My first audition was all over the place, I was so nervous” Boyega recalls of his initial 2014 try out when interviewed by Forbes.

From overcoming nerves to pushing past glass ceilings, Boyega has relentlessly forged his own path.

For an actor like Boyega who has been catapulted into a franchise that will sell millions of dollars’ worth of merchandise in his likeness staying grounded is a priority.

“I remember my manager telling me ‘Be myself, be humble, keep rooted, keep God first” Boyega shares.

Growing up, he was a great fan of Star Wars as he was majorly into the merchandise, the games comic books and the fandom. Being a Star Wars fan in a Star Wars movie was an exciting experience for him.  He is bracing himself for the life adjustment that comes with limelight and shine.

Although this franchise is such a massive thing, I’ve tried my best to approach it as I approach any other job: do the best I can and just focus on the work

He won the 2011 UK Stars of Tomorrow Awards by the Fionnuala Halligan of Screen International. He was listed in the 2016 30 under 30 Hollywood Actors. He won the Rising Star Award in the 2016 BAFTA Awards.

He was won 4 awards and had 5 nominations for his lead role in Star Wars. His character as Finn is featured on a Star Wars postage stamp issued in October 2015 by the UK’s Royal Mail postal service.

In acting as Finn, what appealed to Boyega about the character was the idea of going against the grain and into the mind and perspective of a storm trooper defying what people usually think. He believes it’s an interesting way to knock off the new generation of the Star Wars movies when his opinion was sought by screenrant.com in an interview.

John shared a lot of screen time with Harrison Ford during the Star Wars movie and it was a fantastic one for him. He got to work and collaborated on the screens with him. Not so many youngsters in the industry get this opportunity.

After shooting to international stardom playing Stormtrooper-with-a-conscience Finn in Star Wars: The Force Awakens, Boyega currently is shooting the follow-up, Star Wars: Episode VIII. He recently nabbed the lead in Pacific Rim 2 and, in a show of his growing cachet, he also will co-produce the Legendary movie with his business partner Femi Oguns under their joint production company, Upper Room Entertainment Limited formed in January 2016.

Midyear 2016, he announced that his company would be co-producing the sequel to the 2013 movie ‘Pacific Rim’ alongside Legendary Entertainment where he will also play the lead role in the project. He also announced about starring in an upcoming project about the 1967 Detroit riots.

The prodigy’s parent imbibed in him African cultural values and norm even though they live in Diaspora.  He speaks about his African roots in an interview with Forbes;

‘My dad is a minister, and my mum is a worker with the less fortunate and the disabled. They’re Nigerian natives. Their first language is Yoruba, and their second is English. For me, being Nigerian means family, good morals and a positive approach to the worst situations. I’m grounded in who I am, and I am a confident black man. A confident Nigerian; black chocolate man. I’m proud of my heritage, and no man can take that away from me.’

With a great warm hug from Hollywood, the Michael Bay fanatic believes film is just a great medium to express yourself and a great environment to work around. For him, anything that tells a good story and has an interesting character is a winner. 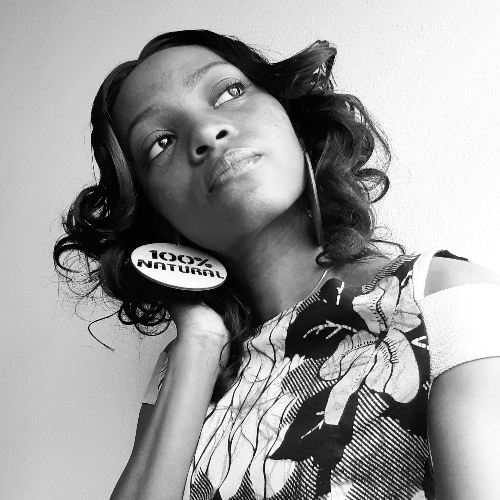 Damilola Awosusi
Damilola is a trained Chemist, budding fashion entrepreneur and an inspirational writer with a love for books and knowledge. She believes the world at its worst, needs deliverers at their best.