Momodou “Inkeh” Bah is Gambia’s Youngest Elected Person and an Advocate for the Less Privileged.

On #ImpactThursday we discuss an unlikely personality; A Politician.

Momodou “Inkeh” Bah was born in Sintet Village in the west coast region of the Gambia on the 24th of October 1984. He was raised on his parents’ farm. He attended St. John Bosco’s Primary School in Sintet from 1990 to 1996, Kalagi Junior Secondary School from 1996 to 1999, and Kinderdorff Bottrop High School from 1999 to 2002. Upon completion of his high school education he went to theManagement Development Institute in 2003 where he obtained a certificate in Information Technology. In 2004, he was hired as a Manager by the Federation of Agriculture and Cooperative Societies (FACS), which offers a place where farmers can sell their produce, access low interest loans, seeds, and other farming inputs, and learn new farming techniques.

While working for FACS, Mr. Bah realized that there were relatively few youths involved in agriculture and that most of the policies impacting farmers were made by people who were in their 40s, 50s, and 60s. Mr. Bah came to the conclusion that young people might be better represented if more elected officials were younger.

In 2008, Mr. Bah returned to his home area to participate the local governmental elections. He went on to be elected as a Councillor thereby becoming the Gambia’s youngest elected person ever. As Councillor, Mr. Bah took on the responsibility of identifying, prioritizing, coordinating, implementing and monitoring all of the development projects and programs in his Ward.

In 2011, Mr. Bah was elected to serve as the Chairman of the Eastern Foni Federation Management Board, a local non-governmental organization (NGO) affiliated with Child Fund International that exists to help deprived, excluded, and vulnerable children, their families, and their communities. During his term as Board Chairman, the Federation successfully implemented projects that included providing hand-pump wells to 17 villages in a bid to give them access to safe and portable drinking water. They also created a mixed farming center for poor farmers in five villages, issued scholarships to over 600 students from poor families, and built a new Early Childhood Development Centre that enrolled over 250 children and toddlers giving them access to early education, nutrition, and immunization. Mr. Bah also initiated a mangrove restoration project in 2012. Since then, more than 65,000 mangrove saplings have been planted by youth volunteers to restore important fish nursery grounds.

Mr. Bah was re-elected as Councillor in the April 2013 local government elections, winning with 72 percent of the votes. Mr. Bah was able to secure many votes because he was a popular Councillor who brought notable positive changes to his Ward. His accomplishments as Councillor included securing a $20,000 grant from the World Bank which enabled him to obtain a tractor to increase productivity and introduce mechanized farming to his community. Mr. Bah also improved roads and a bridge and brought a milling machine to his Ward. The machine’s central location has saved women considerable time and funds when seeking to transform grains from their farms into flour for their families’ meals.

Mr. Bah also secured an ambulance for SINTET Healthcare Centre, a facility which serves more than 4,000 people in the Gambia and beyond through The Jammeh Foundation a non-profit based in the Gambia. Through personal contacts and lobbying as an elected Councillor he was able to distribute seeds to all women with vegetable gardens in his district and shoes and clothing to poor school children. A proposal he wrote to the Danish-Gambia Friendship Society enabled him to secure teaching and learning materials for two schools and to furnish four classrooms in each.

In 2014, Mr. Bah went to the Gambia’s Stratford College of Management to Study International Relations and Politics. In 2015, Mr. Bah was one of 500 selected from over 38,000 applicants to participate in the prestigious Mandela Washington Fellowship for Young African Leaders. He consequently was hosted in the USA for more than six weeks, at first with 24 other impressive Fellows from across the continent at Virginia Commonwealth University, and then in Washington, DC, where he was able to meet with US President Obama, during a three-day summit for young leaders. Mr. Bah recently returned to the Gambia where he intends to continue to serve Gambians in political leadership roles.

Based on the literature on international development and personal success, why has Mr.Momodou Bah been so successful in his undertakings?

When Mr. Bah sees something that could be working better, he sets to work on IDENTIFYING and IMPLEMENTING POSSIBLE SOLUTIONS. He is ENTERPRISING, HARD WORKING and serves as an INSPIRATION FOR OTHERS.

Mr. Bah knows the impact of ‘PAYING IT FORWARD’—he received financial support for his schooling from a stranger when he was in second grade. Today he is GIVING BACK to others, just as others generously gave to him. 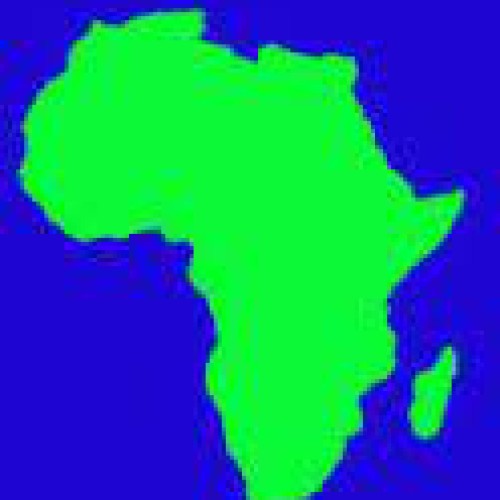