It’s ironical that someone who struggled with English in school would later become an accomplished author who now speaks and writes to impact an entire nation and drives profit making for authors as well.

Without any doubt, there’s nothing we cannot achieve if we persevere and set our minds to it.

Okechukwu Ofili did not struggle only with English but with the entire schooling system, as a lot of people, even his teachers thought he was lazy, unintelligent and would not amount to any good.

Today, contrary to the belief of his teachers, Ofili is a proficient writer, witty illustrator, blogger, and author of 4 books. Asides from writing, he is a motivational speaker and a success coach and a trained engineer after bagging a degree in Mechanical Engineering from the University of Houston where he graduated as one of the top 5 students.

He is also the founder of the fastest growing mobile book reading app in Africa, Okadabooks.com. In 2013, the Okadabooks app won the MTN App of the year for the African Market, solving the challenges writers face with traditional publishing making it easy for them to write to impact, publish and sell their e-books to a broad audience.

Ofili, who had recently quit his job to focus solely on growing his platform has said that running a start-up has fascinating surprises that make the hustle worth it. The app is now being used as a source of income by writers all over the world.  Some authors have earned over half a million naira on the platform and some, about twenty to thirty thousand naira per month in supplemental income.

Authors are entitled to 70% royalties on every sale their book makes, while Okadabooks,  headed by Ofili, gets a commission also from that sale. The app has evolved to a platform that not only tackles financial transparency and ease of distribution for authors but also allows people easily publish and distribute their books across Nigeria and sub-Saharan Africa.

When we started OkadaBooks in September of 2013, we were a small company with no office space and a few hundred users. When we received an email we would celebrate…literally.

Okechukwu Ofili has a passion for writing to impact the lives of people, as he travels the globe speaking to youths especially students, as well as teachers challenging them to think differently and look at issues from a different point of view.

He also shares his thoughts and writings on corruption, politics and the educational system especially the grading system using his own educational story to analyse the flaws in the grading system as he believes that there is more to intelligence than just grades as every child has a unique way of learning that their teachers and even parents are not accustomed to.

In a world where your parents or the society demands you to be bright, smart, intelligent and academically successful based on a pre-determined ranking can be frustrating. Ofili is making a difference by being a glimmer of hope to millennials, making them know that their talents and abilities are worth more than grades on a report sheet.

That’s why he loves speaking to secondary school and university students at every opportunity he gets both locally and internationally. His impact as a writer spreads beyond academics as he also speaks to business executives on successful and strategic corporate practice.

Coming from a satirical angle, he writes to impact the government and government institutions, challenging them to serve the people better and provide the dividends of democracy. He constantly asks questions about the status quo as he is a firm believer that there would be no answers the right questions aren’t asked.

In his first 2 books, “How Laziness Saved My Life” and “How Stupidity Saved My Life” he shares business and success lessons using his life experiences. His books have birthed confidence as they have been of a huge benefit to a lot of people with several positive comments and reviews pouring him.

Okechukwu Ofili gives us a big reason to introspect; from being called a loser; to being labelled as a “closed case” by his teachers but still making such a huge impact, we need to remember that success is imminent if we never give up on ourselves.

A statement that guides his life is this:

Turn your moments of silent disappointments and failures into loud moments of triumph, and don’t ever accept average at work, life or in anything; understanding that nothing in this life comes easy. 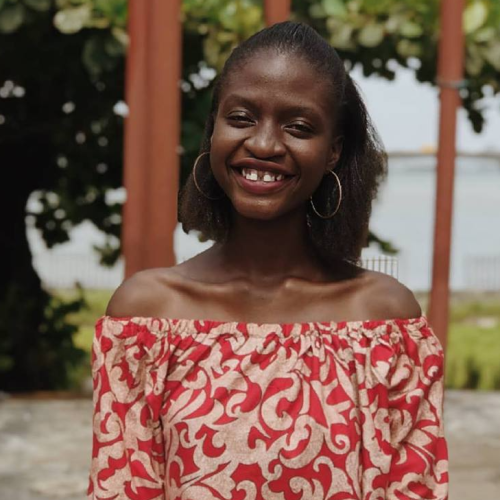