Ruth Zubairu’s Blog : After The Hashtags, What Next?

The fact that people have taken to social media to vent their frustrations and force the hand of the government to action.

The fact that we now use hashtags to bring to matters of duty and urgency to the attention of our leaders.

What exactly is the place of our media?

What do they cover? What stories do they tell?

I can’t imagine how much would have been swept under the carpet but for the efforts of the average Nigerian on social media.

Two weekends ago, it was the matter of the killing in Kansas.

Personally, I had no idea of it until I saw the protest pictures by celebs and foreigners . Even the First Lady of the United States, Michelle Obama pitched in to lend her voice. ( I don’t know if it was photoshopped o!)

Last week on twitter, it was Ese, the girl who was abducted and forced into marriage. A minor of 13 years. And some argue in favor of religion. What the heck is wrong with us?

Because their lifestyle is funded by tax payers’ money and they seem not be affected by what bothers the common man.

It is not enough to scream, rave and rant at the man in the Brickhouse. Buhari this, Buhari that. He has his work cut out for him. We pray for wisdom and strength.

But what about the other Public office holders? What are the duties of the State governors and their commissioners?

What are the duties of the local government chairmen and those who work for them?

We can’t fold our arms and demand change from one source alone. The change we all seek, the prosperity we desire would not come only by asking #whereisthechange.

Nigerians should put sentiments of ethnicity and religion aside and demand results from every elected officer. If you are not ready to work, please leave the seat.

When we demand results, it would drive our public officers to work. They are called “Public servants” but I wonder who ends up being the servant, the Public office holders or the masses they claim to serve.

There has to be a mechanism of accountability.

How would we measure good governance?

The promise of a better life for all Nigerians without set milestones is but a fantasy.

Each time we hear the same things, good roads, housing, health care, power, etc. Good promises. We clap and cheer. We vote and then everywhere is quiet.

This is the time to reject status quo.

We definitely can’t continue like this. Let us move from hashtags to real questions.

Because sooner or later, the government would develop thick skin to social media rants and vents and it would all be in vain. It would be seen as one of those things people do.

In order to make it effective, we need to step it up and ask for accountability.

How much more will the common man suffer injustice, deprivation and hunger and be ignored by the very people who swore to serve?

I’m not a politician, I just want a better life. Don’t you? 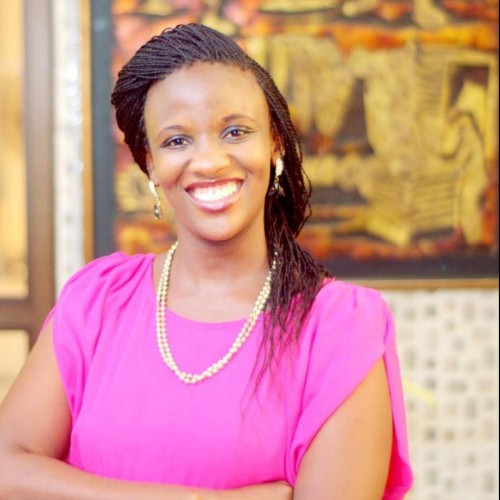 Ruth Zubairuhttp://www.sheiscomplete.com
Ruth Zubairu is a work at home mum of two energetic under 3 year olds. She is the founder of www.sheiscomplete.com, a personal development community for women committed to building strong, confident and empowered women. Get her checklist for a healthy self esteem and be on your way to becoming a more Confident You.