Fast and Serious – How to be a Winning Entrepreneur

The times have changed.

The days of words such as patience, perseverance and process are being relegated to the background.

‘Fast’ is the name of the game with things being done and accomplished at the speed of thought. Sending a message via postal services is archaic especially with the advent of instant messaging.

One wonders how the few available postal services make a decent profit at the end of the business year.

The budding entrepreneur is not left out.

Pummeled on every side by magazines, newspapers, blockbuster movies and blogs, he is constantly reminded of the haloed picturesque entrepreneur- the one who embodies the typical David-kill-Goliath theme with a sprinkling of good ol’ hard work for taste.

There is always a rags-to-riches story waiting to be told. Unbeknownst to him, a myth making industry is hard at work selling classic stories of grass to grace from print to mass media.

It’s all business brother! Newspapers must sell, blogs must gain traction and magazines must get ads hence the search for the ‘next big thing’ ready to blow.

This doesn’t take away the truth though.

For every cover story lies months or even years of toil behind the scene. My advice to every gifted fellow who wants to birth a product or service of value? Be faithful in obscurity.

The ordinary folks with faults and all are often the very ones that go on to do extra ordinary things. However, here are a couple of things to note in this world of fast-

The grim reality is that most entrepreneurs are bound to fail starting out. Gone are the days where failing was considered a nightmare.

The truth is,most times when you dream big there is every likelihood that you could fail big. The moral lesson is not in the falling but rather how fast you pick yourself up after every fall. Fail but fail fast and get going.

New York University professor of Economics and academic Director of the Berkely Centre for Entrepreneurship studies in a report termed entrepreneurship the ‘indispensable component’ of growth and prosperity.

The thrill of entrepreneurship is in the art of creating something and having a hand in something that is bigger than you. Apple’s creed is apt :

“The people who are crazy enough to think  they can change the world are the ones who do eventually.”

Procrastination has never been known to be man’s best buddy. That idea needs to see the light of the day. It’s time to create that one design, article or proposal.By all means, create and create fast!

Most times an idea isn’t birthed by a dream or an innovative epiphany which are usually characteristic stuff of overplayed recollections. However, ideas do come when we pay attention.

What’s that compliment that has morphed into a platitude? Make no mistake, legends like Bill Gates were once told how good they were at programming.

You thrive best at what you do when you do so with joy. Being gifted in organizing seminars or church events and the resultant joy derived from such engagements shouldn’t be taken for granted.

By all means, pay attention fast!

A Senior Friend of mine once opined that as you enjoy the short term good, keep learning and get prepared for the long term great.

One of the major lessons to be learnt going forward is the art of collaboration.

History is blessed with accounts of the effect of collaboration. Remember the encounter between Moses and God in Exodus 3? The man Moses may not have known in clear terms what he was called to do or become. However bit by bit with the help of his collaborator; God, it all played out well at the end.

Today, eons of years later the effect of their collaboration is still felt tangibly.

Who do you you need to collaborate with as you journey ahead? For every Aliko there is an Alhassan Dantata and every Buffet has a Benjamin Graham.

By all means, collaborate fast!

Share
Facebook
Twitter
Previous article
Rides for Lives: A Mobile Hospital Saving Lives in Uganda & the Story of Christopher Ategeka
Next article
A Konnect Africa Interview with Oluwafunto Koya-The First Prize Winner of the I Know a Nigerian Star Competition 2015. 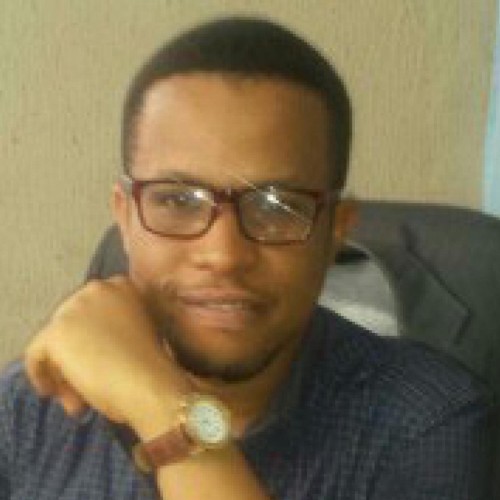